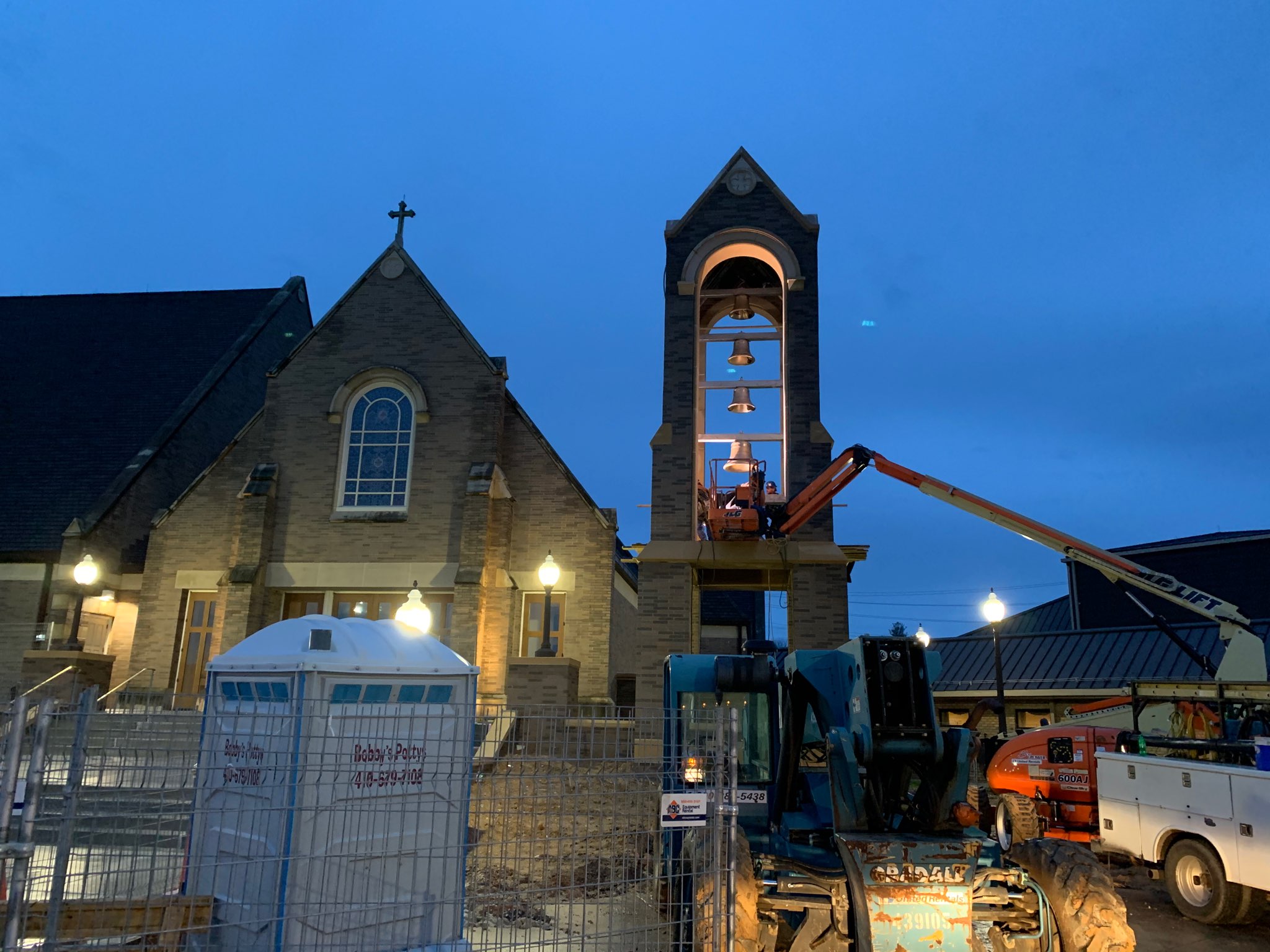 A.R. Marani was selected by the Archdiocese of Baltimore to construct a bell tower addition at the St.Louis Parish. The scope of work included the removal of the concrete stairs and the front entrance plaza. It will then be replaced with a new plaza that is designed to be more open and complementary to the existing church.

The new entrance will be open and the bell tower will be ringing just in time for holiday services at the St. Louis Parish. The five bells will be installed next week. The bells were cast and tuned in London, air freighted to Delaware then shipped to St. Louis for assembly and wiring. The ringers were fabricated in Belgium.

After a long journey from London, Belgium, across the Atlantic to the Midwest and then to Baltimore, the bells arrived and were installed at the St. Louis Parish. They’re scheduled to be ringing in time for the Christmas & New Year’s holidays.