A.R. Marani was selected to construct a new soccer stadium for Towson University. The existing stadium field concourse, which included seating, parking, and access roads, was demolished, and removed. The new stadium provided extensive bleacher seating, bathrooms, ticket office, concession stand, and a press box, along with a sound system and field lighting.

The stadium was constructed on a slope, which extended along one side of the soccer field. A modular retaining wall was used to carve out an area for the bleacher seating. The now flat area behind the top of the wall provided space for the stadium structure. The stadium consists of two separate buildings placed 30 feet apart. The opening in the middle of the soccer stadium is the access point for the spectators to enter the seating area. Above the opening is the Press Box. The Press Box was constructed in Texas and transported to the site. Close coordination was required between A.R. Marani and the Texas fabricating company. The building arrived on site and was lifted and set into place without any issues.

The remainder of the project included extensive site and utility work to bring water, electricity, sanitary and storm water to and from the building. A new parking lot and sidewalks connecting the campus were also completed. 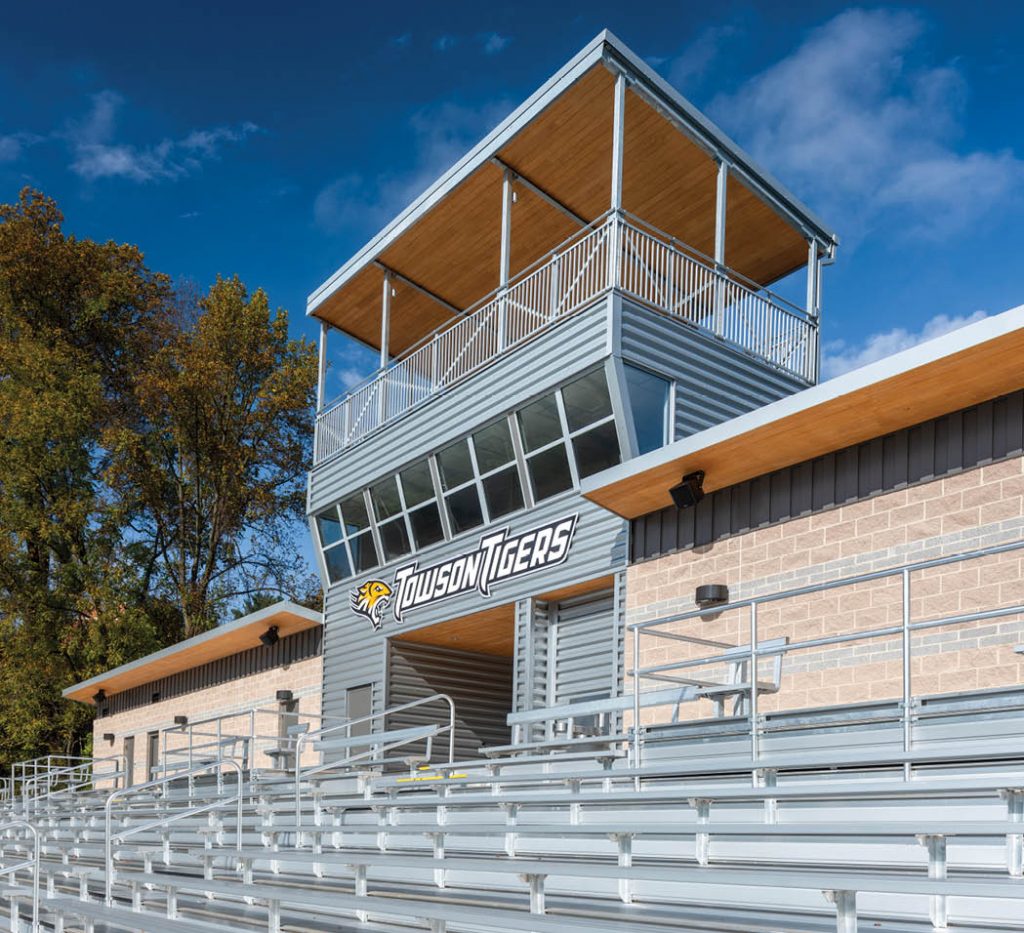 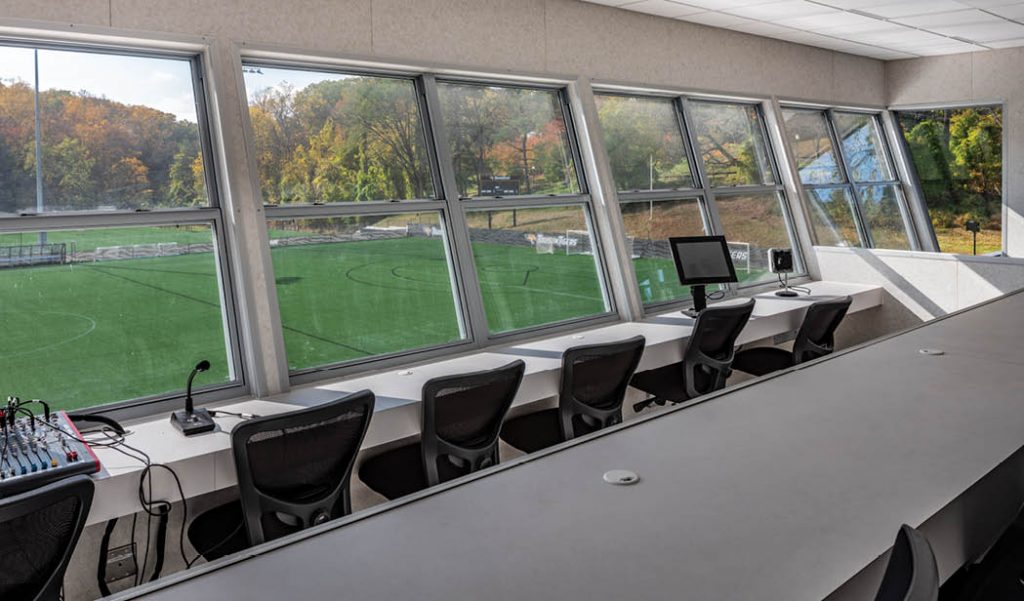 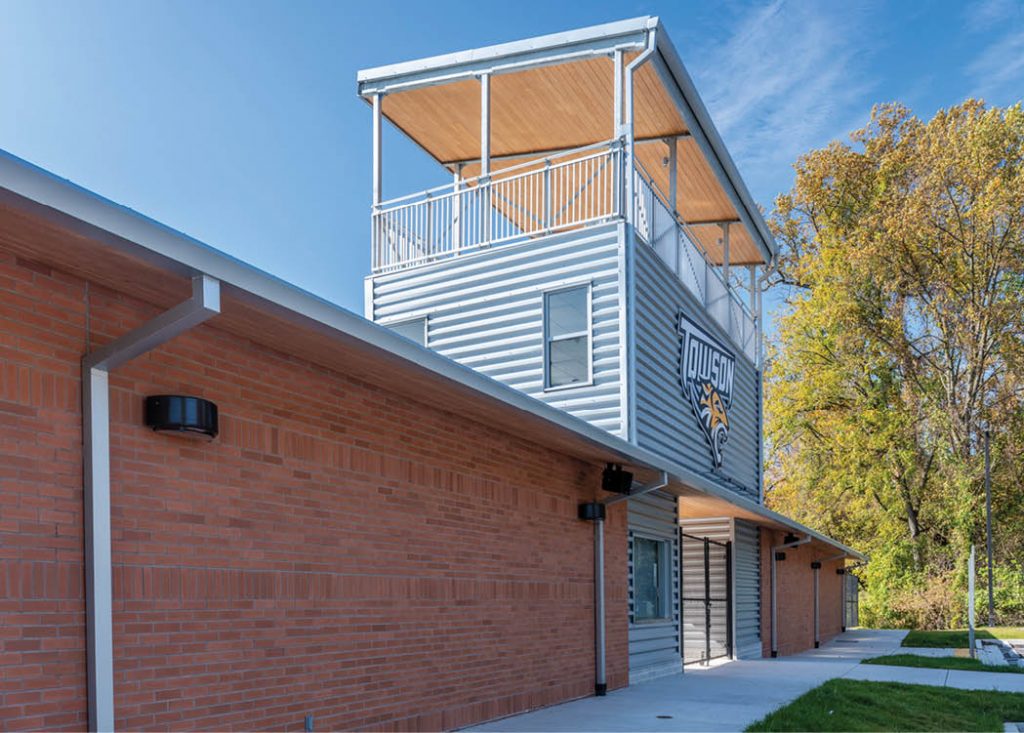 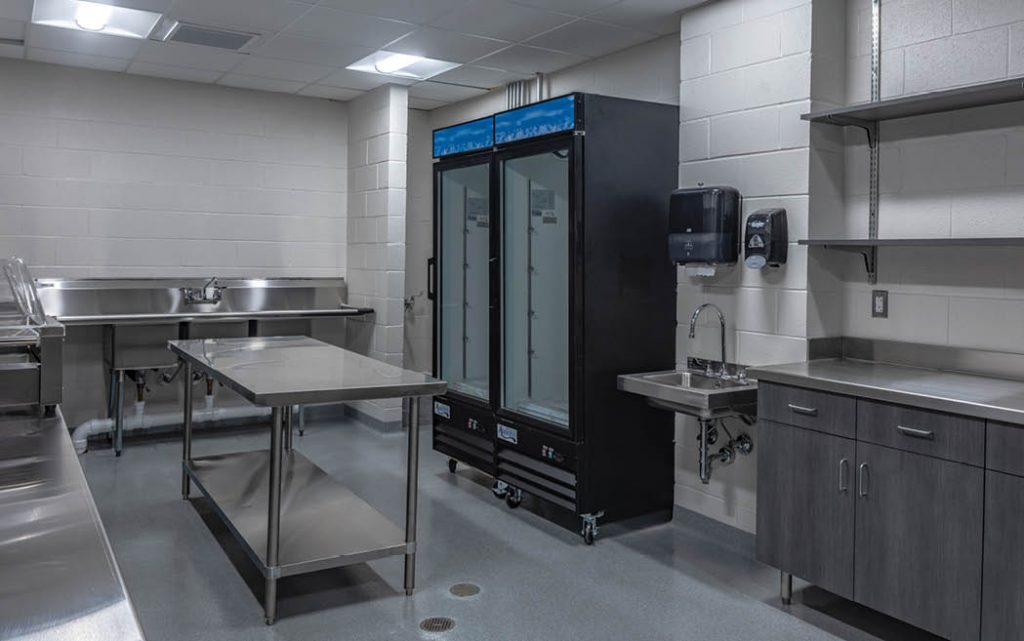 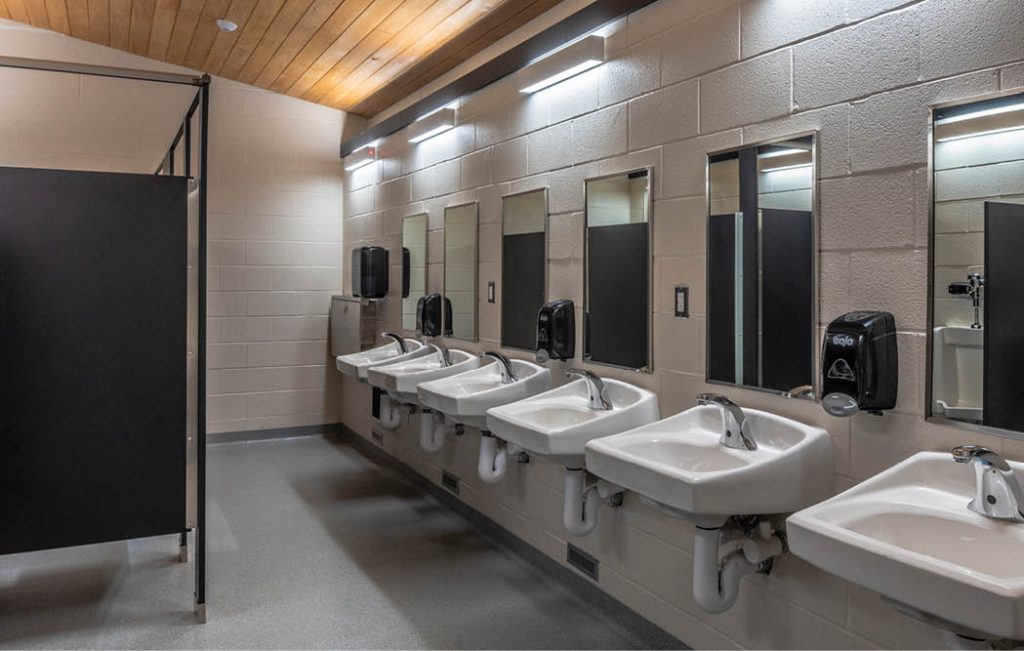 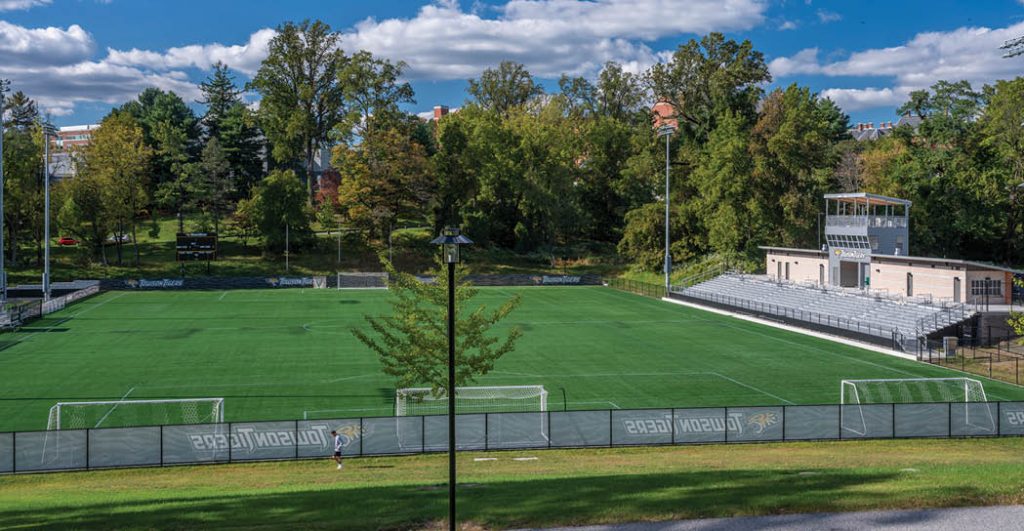