The Peale Center for Baltimore History and Architecture, a National Historic Landmark, was constructed in 1814 by Rembrandt Peale as a museum and gallery of fine arts. It has been Baltimore’s first City Hall, a public school, and once again in the 1930’s, a museum. The Peale Center then sat vacant starting in the late 1990’s.

Rembrandt Peale also established the Gas Light Company of Baltimore, which became Baltimore Gas and Electric Company (BGE), partly due to his experimenting with gas lighting in the Peale building.

Phase I (roof replacement and masonry repairs) and Phase II (exterior windows and doors) were completed prior to the start of this Phase III project. Phase III was the renovation and restoration of the interior of the building – all three floors, the finished attic, and the basement.

The project was bid in November of 2018 and A.R. Marani was awarded the work. The Company worked with the Peale Group and SM+P Architects throughout 2019 and 2020 to refine the scope of work and to determine the means and methods to reduce the cost. Some of this was accomplished by relocating the full-size elevator from an addition on the exterior to the inside of the building and converting it to a LULA elevator. The mechanical system was also changed from a ducted system to a VRF system.

All existing plumbing, HVAC and wiring were removed and replaced with new equipment and materials. Extensive layout was done throughout the building to determine how and where to conceal wiring and piping for the new plumbing, HVAC, sprinkler, fire alarm, IT network, etc. within the walls and ceilings. Plaster ceilings and plaster covered masonry/wood walls were neatly slotted and channeled to provide pathways to conceal the new mechanical and electrical systems.

Wood blocking was installed throughout the ceilings to provide structural support for the track lighting. This blocking was necessary since the tracks will be supporting theatrical lighting and equipment, and not just track lights.

Exterior work included a new decorative exit stair from the 2nd floor to the enclosed garden at the back of the building. The existing brick in the garden was in poor condition. It was removed, the area was regraded, and the brick re-laid to provide a level walking surface. ADA compliant slopes to a new decorative exit gate were constructed. The entire alley along the North side of the building was removed and repoured with an exposed aggregate finish. This allows ADA access from Holliday Street to the garden and the exterior elevator door that exits into the alley.

The back walkway along Holliday Street was removed and replaced to complete the final feature of the building restoration. 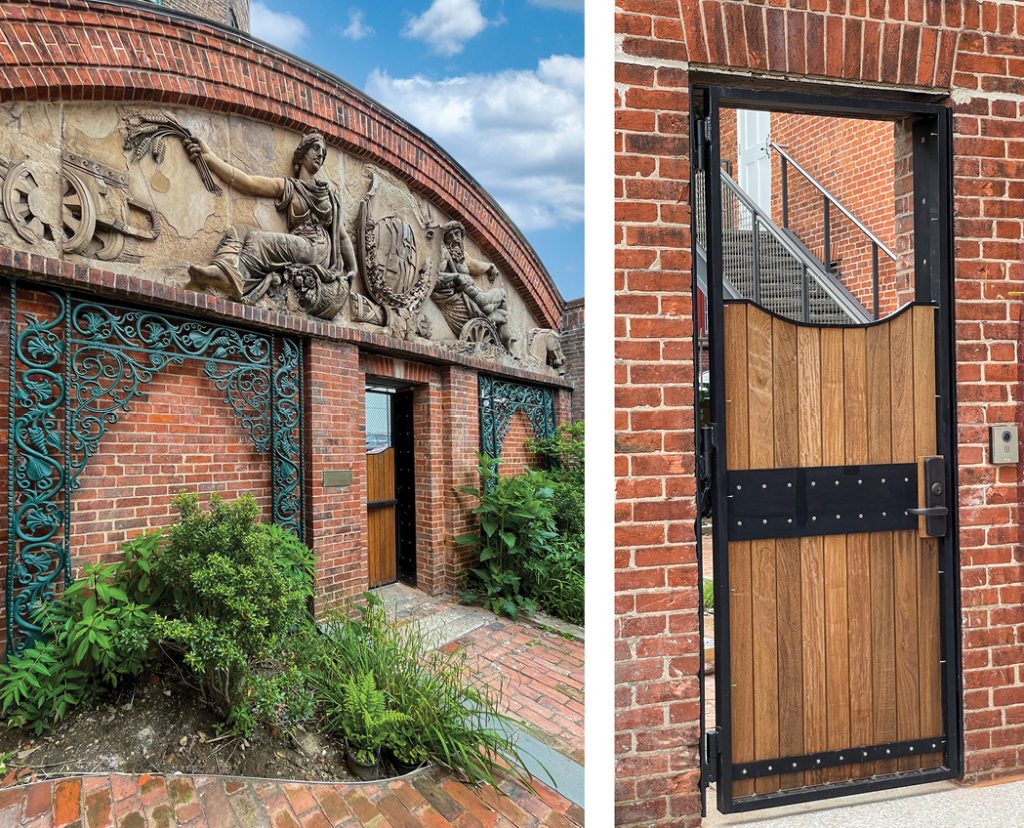 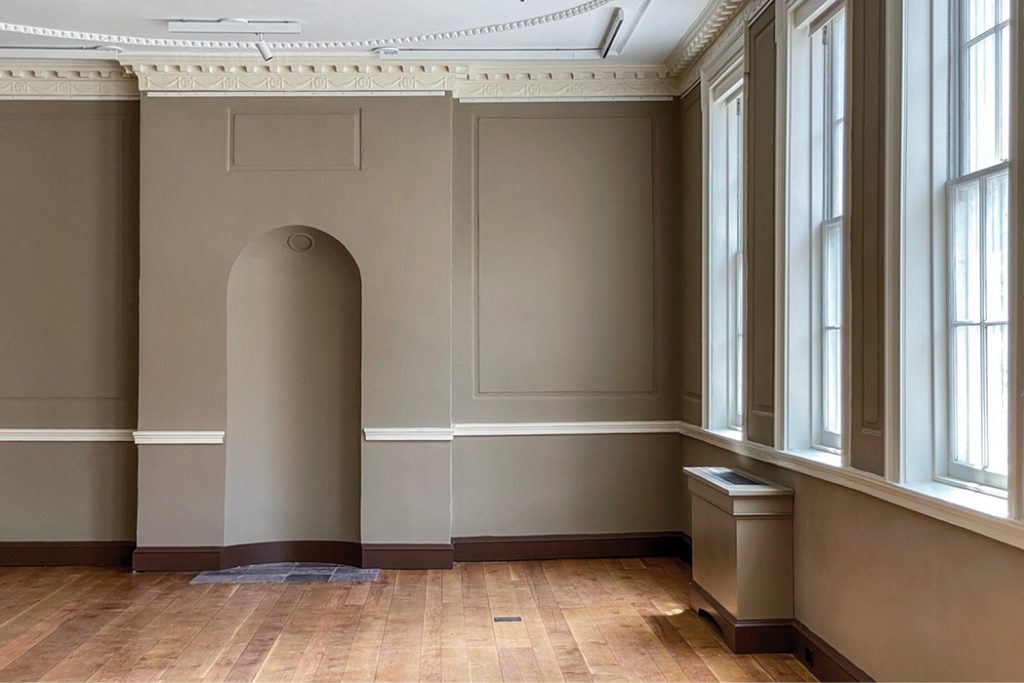 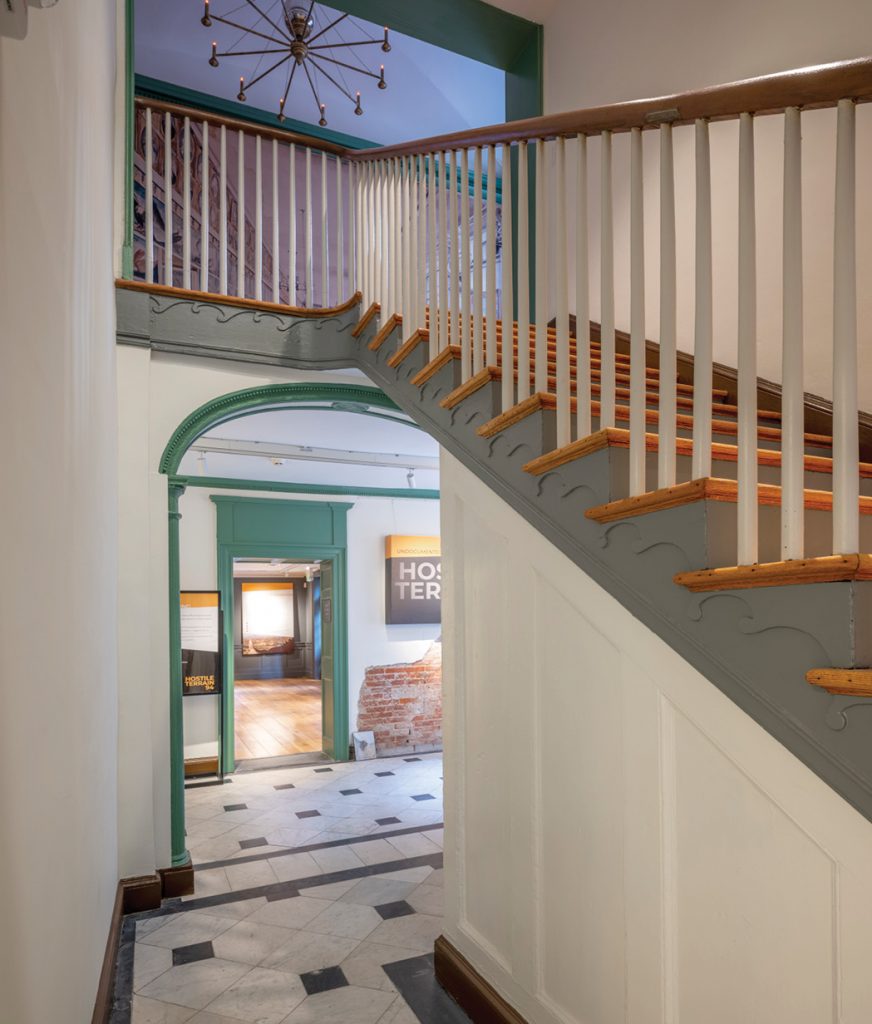 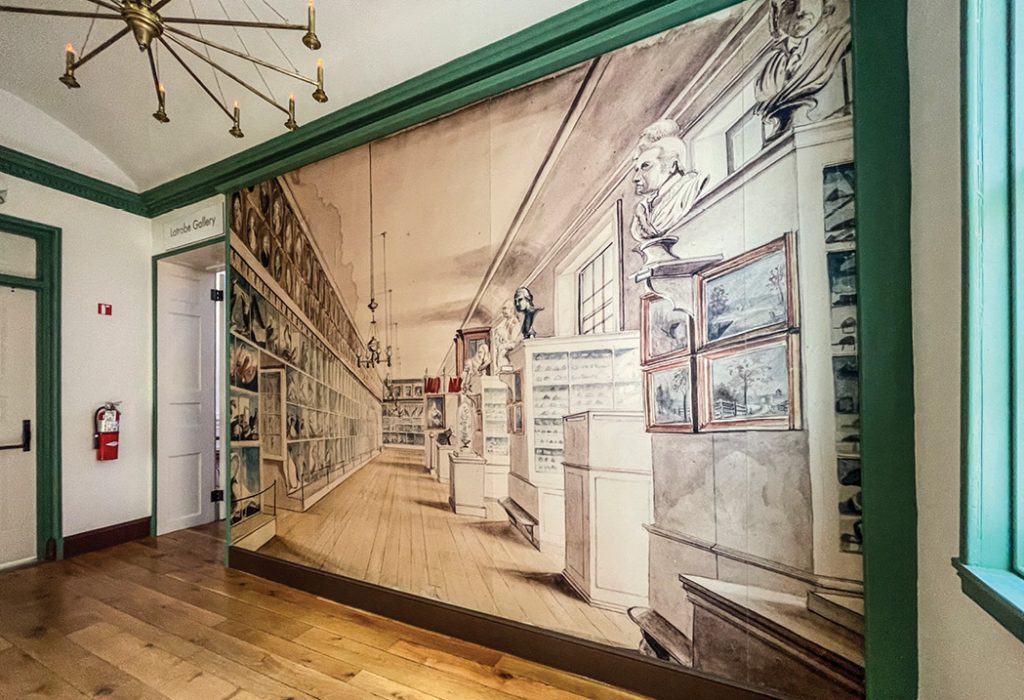