A 1960’s era 78,000 sf Shopping Center was in serious need of a cosmetic makeover. The original wood framed façade and canopy were reconstructed to be higher and brighter for more visibility. The center remained in operation and construction activities were coordinated daily with the tenants. The façade was reframed using structural metal stud and then EIFS in multiple colors was applied as the finish.

Roofing, electrical and plumbing work occurred as well. Parking lot lighting was upgraded to state-of-the-art LED lighting. The parking lot was milled and resurfaced as part of the scope of work.

Sun Valley Movies and Geresbecks Grocery Store were also renovated at the same time.
A.R. Marani, Inc. was contracted to construct upgrades to the Sun Valley Shopping Center. A separate part of the work was to construct a 6-screen movie theater in a vacant 18,000 sf tenant area. This work was ongoing during the façade renovation. The interior of the existing tenant space was completely gutted and 11 roof top HVAC units, duct distribution, lighting, sprinkler and gas services were installed. New electrical and fire alarm systems were also installed.

The 6 theaters were constructed using foam blocks to create the tiered seating used in modern facilities. Concessions, production mezzanines, party rooms and bathrooms were included as part of the work. 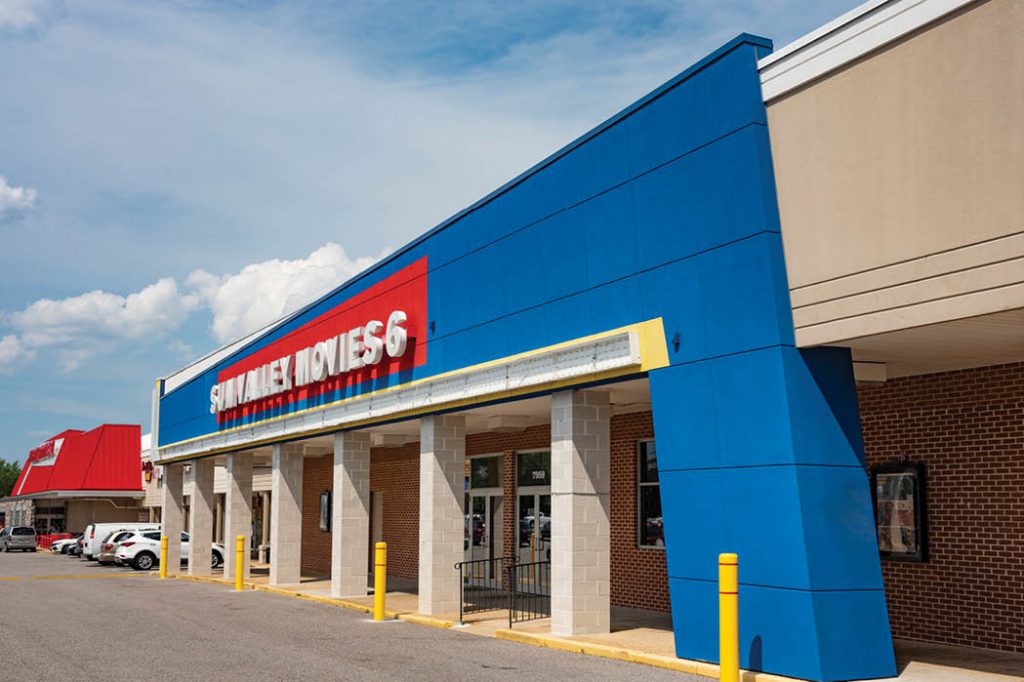 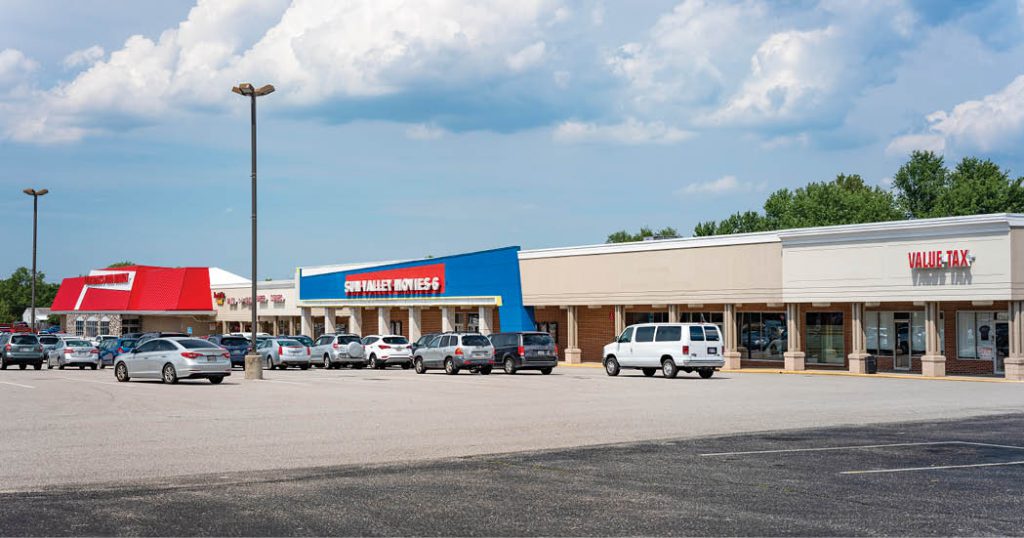