Two days after beginning demolition, asbestos was discovered and the project was immediately shut down. Preparations were made for abatement. This significantly impacted the project with regards to cost and schedule. SBD decided for the safety of their employees instead of abating just the asbestos, ALL demolition of the project needed to be performed under hazardous abatement protocols. All debris was individually bagged and loaded onto trailers and transported to a special landfill in Ohio. Abatement was completed one floor at a time, during which time no one was permitted to enter the building. The process took over eight weeks to complete.

All abatement and demolition now needed to be performed off-hours to eliminate any possible exposure of SBD personnel. To avoid disturbing the adjacent residential neighborhood the building’s exterior windows were blacked out to mitigate the light transmission from inside the building and portions of the abatement and demolition that created excessive noise could only be performed during limited periods of time.

After demolition, rust and corrosion were discovered on the structural roof decking. Because the roof decking was scheduled to be exposed, the deteriorated condition needed to be corrected before any additional work could begin. The metal decking was patched and painted with a rust prohibitive paint. ARM provided special exhaust and HEPA filtration to place the construction area under negative air pressure to keep the strong paint odors from traveling into adjacent occupied areas. This work was also performed off hours and took approximately four weeks to complete.

After a three-month delay, contract work resumed/began. Shortly after resuming work, a structural engineer performing a courtesy inspection, noticed that the structural clips securing the exterior tilt-up panels to the interior steel beams were insufficient and not to code. Most, if not all the clips needed to be modified or replaced. Because of the welding fumes and arc-flashes, this work was performed off-hours.

Even under normal circumstances, working for SBD always posed numerous challenges. They were extremely demanding and last-minute changes were constant. Completed work was often torn-out and replaced with new designs. Their safety policy far exceeded that of OSHA. Before any work task could be performed, Job Hazardous Analysis (JHA) and Method of Procedure (MOP) forms needed to be completed and submitted to SBD’s Construction Manager’s safety director for approval. Once approved, and before any task could begin, ARM’s superintendent was required to conduct tool-box talks reviewing the JHAs / MOPs in detail.

Despite the delays noted above, SBD was obligated by lease to move out of their current space so the final stages of construction needed to be coordinated around the owner’s furniture moving and communication contractors. This made for a very congested work environment. By working multiple shifts, ARM was able to shorten the extended schedule by almost four weeks allowing SBD to occupy their new space before their current lease ended. 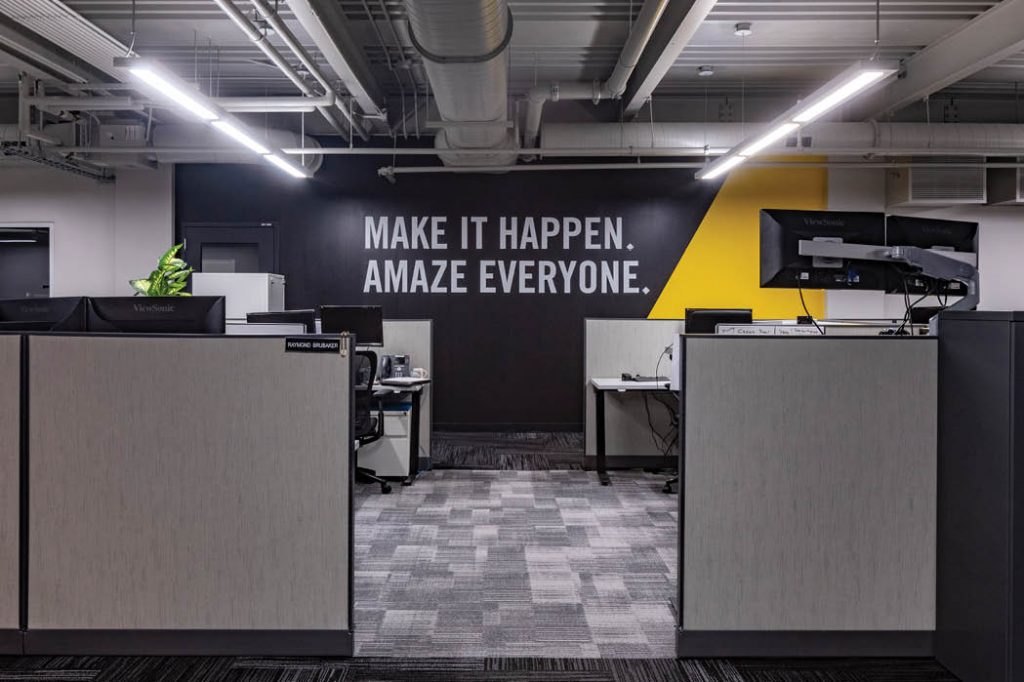 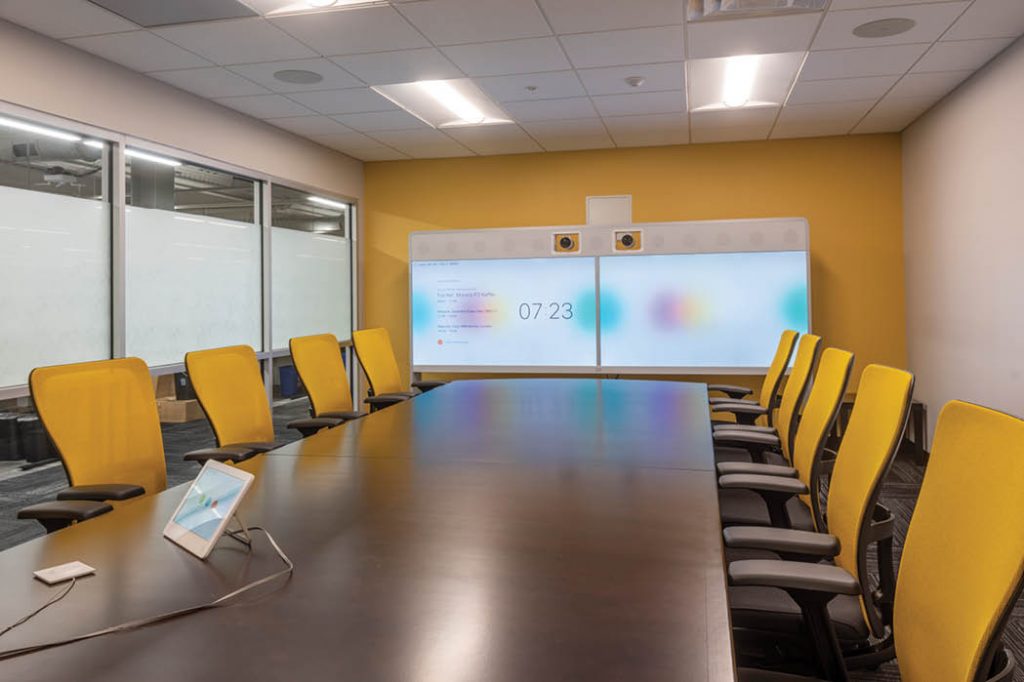 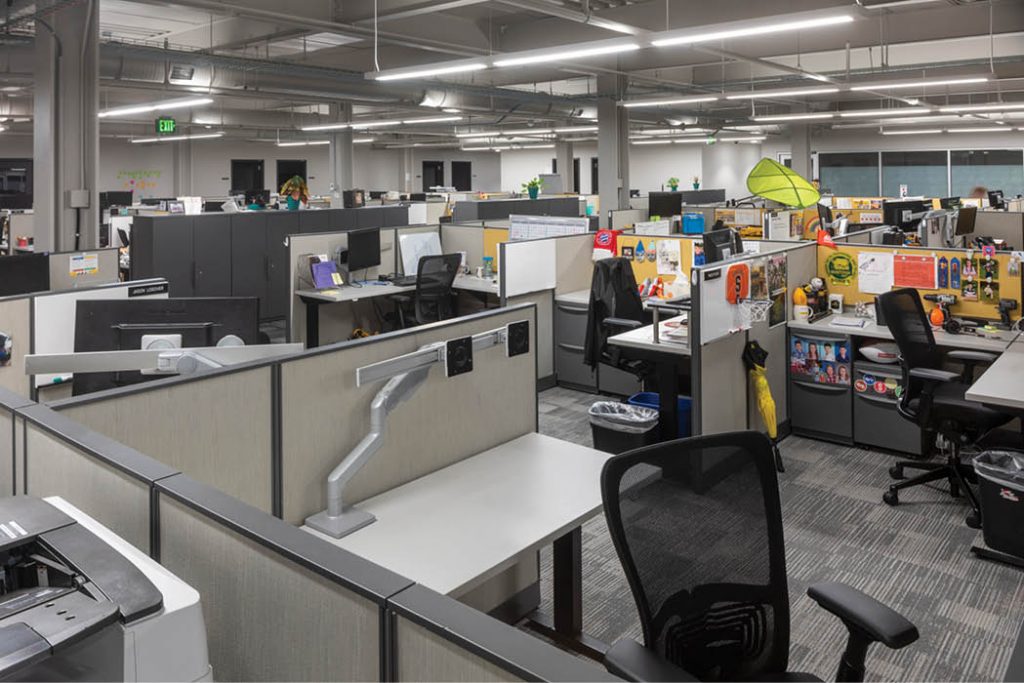 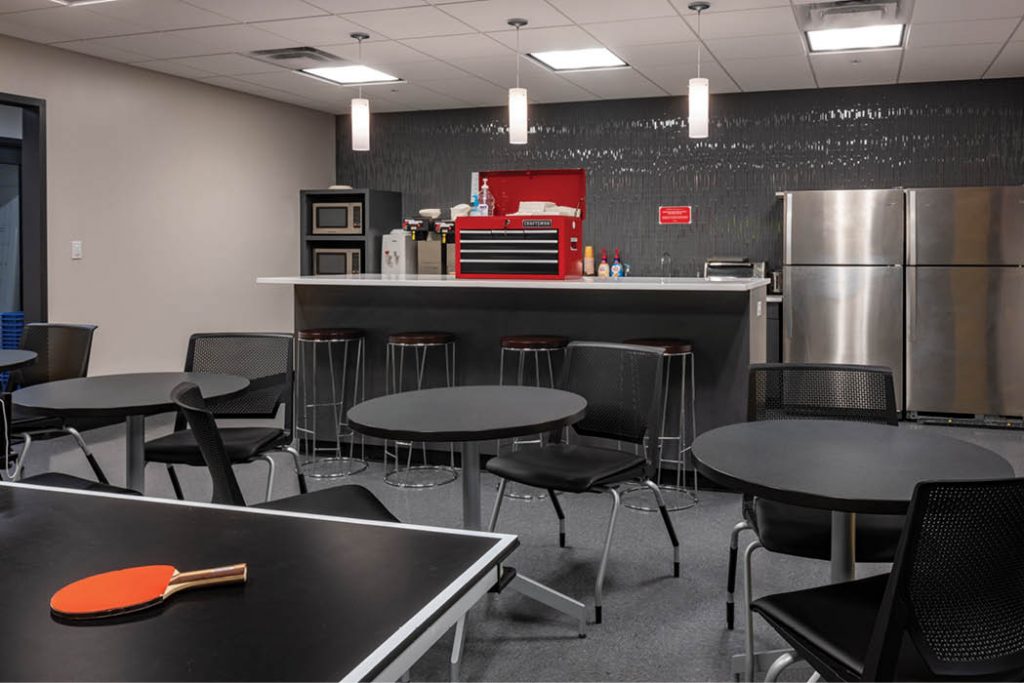