The 18,000 sf 2.5-million-dollar project consisted of additions to the existing gym and renovation of the gym interior and the science laboratories. Site work included utilities, new roads, sidewalks, grading and landscaping.

The existing gym remained in use throughout the remainder of the school year while the new gym was constructed around the exterior. During the summer of the interior of the old gym was renovated and incorporated into the new gym. Renovation of the labs began in earnest on June 1st and was completed by September 1st in time for the new school term.

Safety was an extreme consideration because construction was taking place in an occupied campus and in and around occupied buildings. Special traffic patterns for pedestrians and construction equipment were implemented to keep everyone safe.

ARM was very aware of the sensitive nature of working at an all girl school. All ARM employees and subcontractors were held to a strict standard for behavior in this regard and the project was completed without incident. 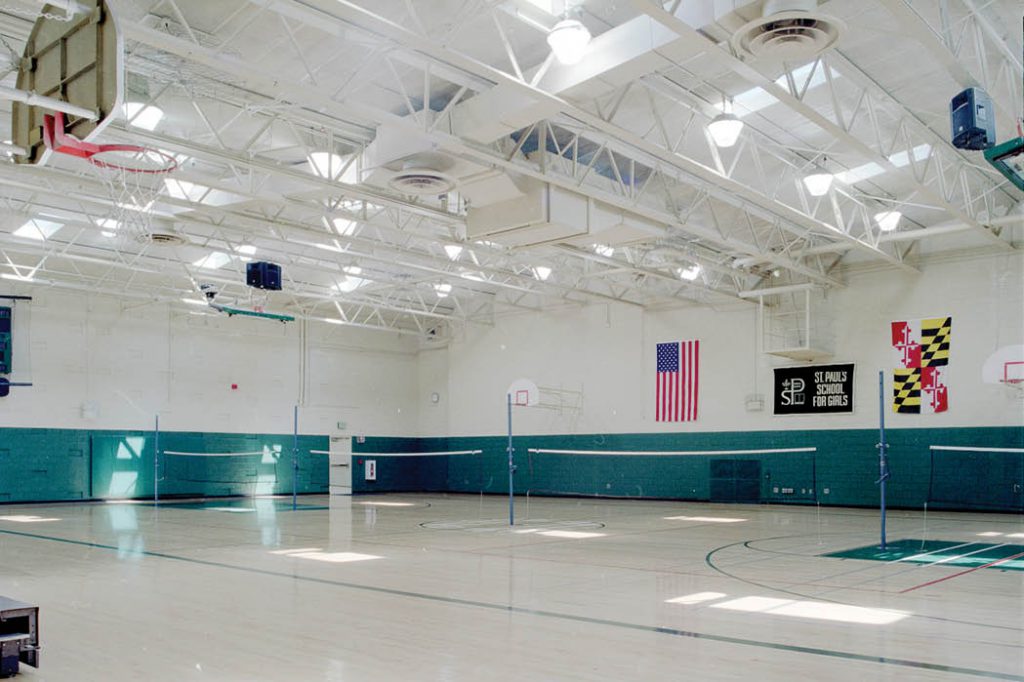