A.R. Marani, Inc. was selected by Baltimore City to renovate and reconstruct the Polytechnic/Western High Pool. The pool and its operating equipment had not been changed or updated since the two schools were first constructed in the late 1960’s. The contract was signed in May 2021 and work started in late July 2021. Final completion was achieved in August 2022 in time for the start of the September school year.

The existing bleachers were removed and replaced along with the existing ceramic tile pool deck. A new ceramic deck was then installed.

The deep end of the pool was filled to raise the bottom level of the pool, so that the entire length of the pool is at a similar elevation. The concrete walls at the end of the pool had approximately 1 ½” of concrete removed. This was done to lengthen the pool to conform to National Standards for length. Any record times would not be officially recognized as the pool was previously slightly short in length.

An engineered wood ramp was constructed to allow a five-ton specialized spider lift to be driven through the building hallways into the pool natatorium and down into the pool itself. The lift was used to reach the underside of the concrete roof to provide access to painting, HVAC, lighting, and other remedial work.

The project was especially interesting to the company since Principal, Alan Marani, graduated from Poly in the 1970’s and swam in the pool. 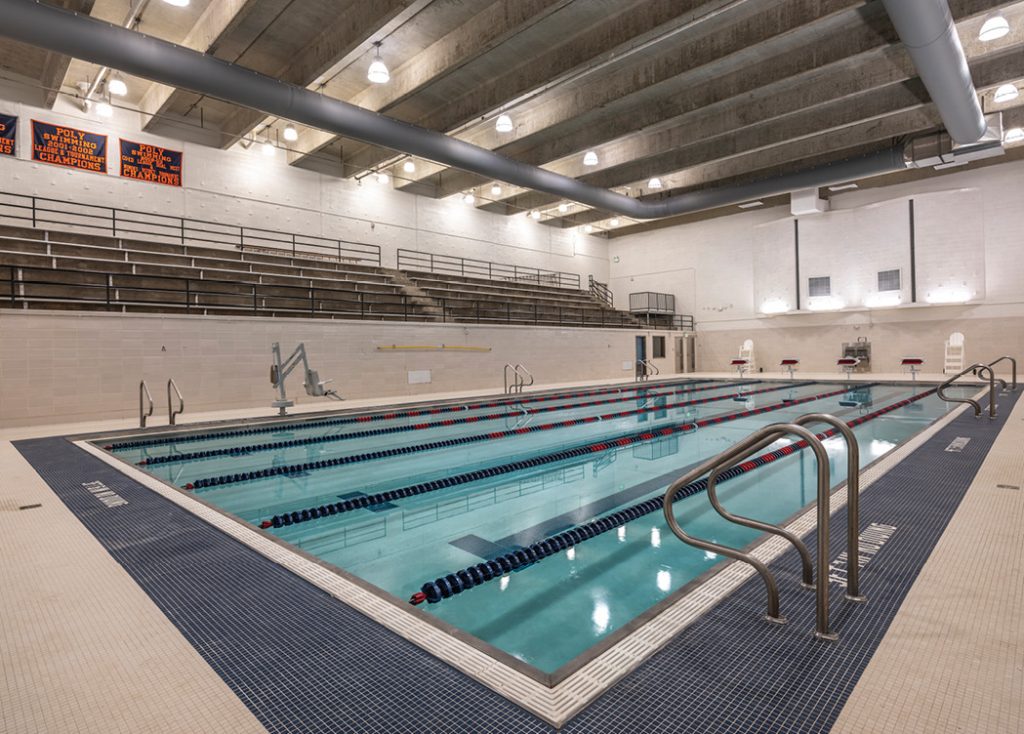 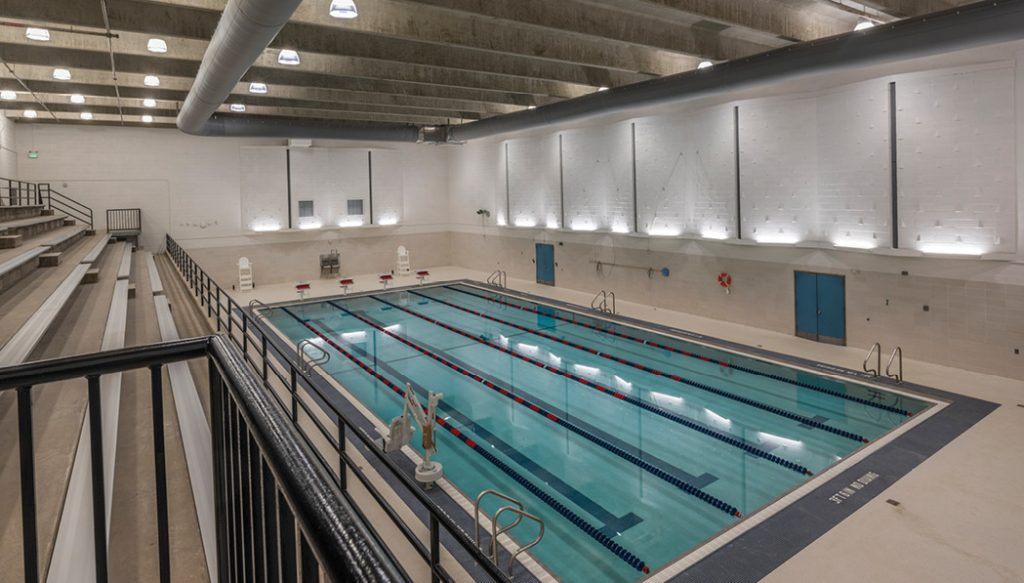 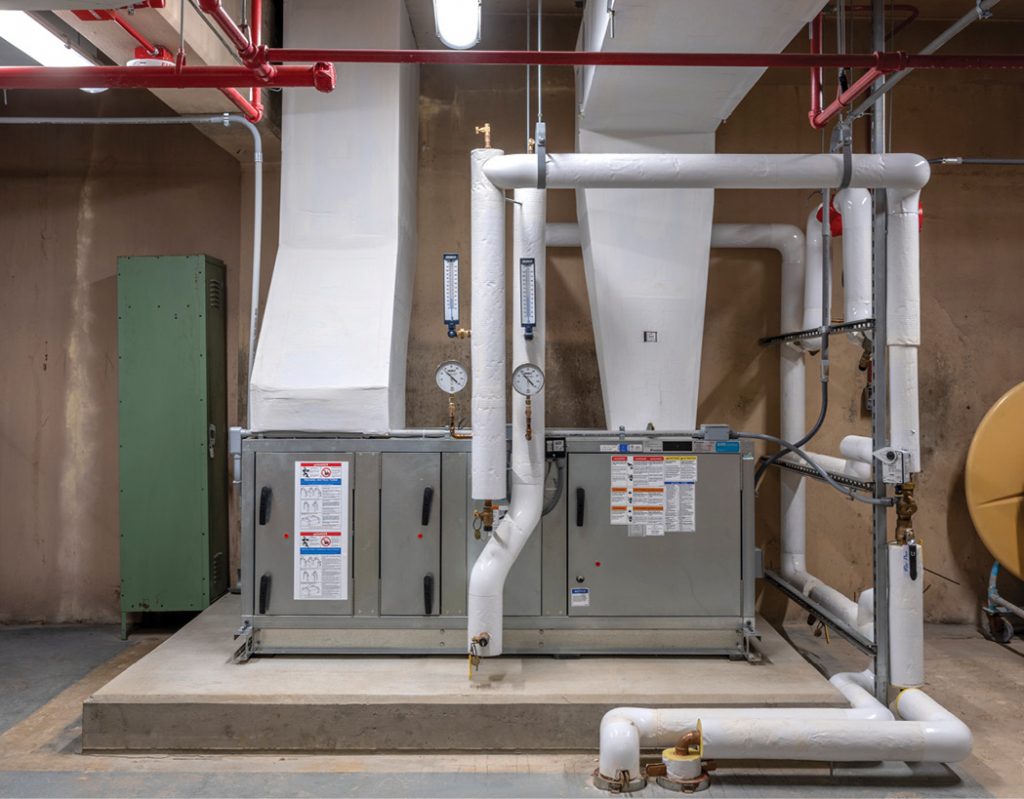 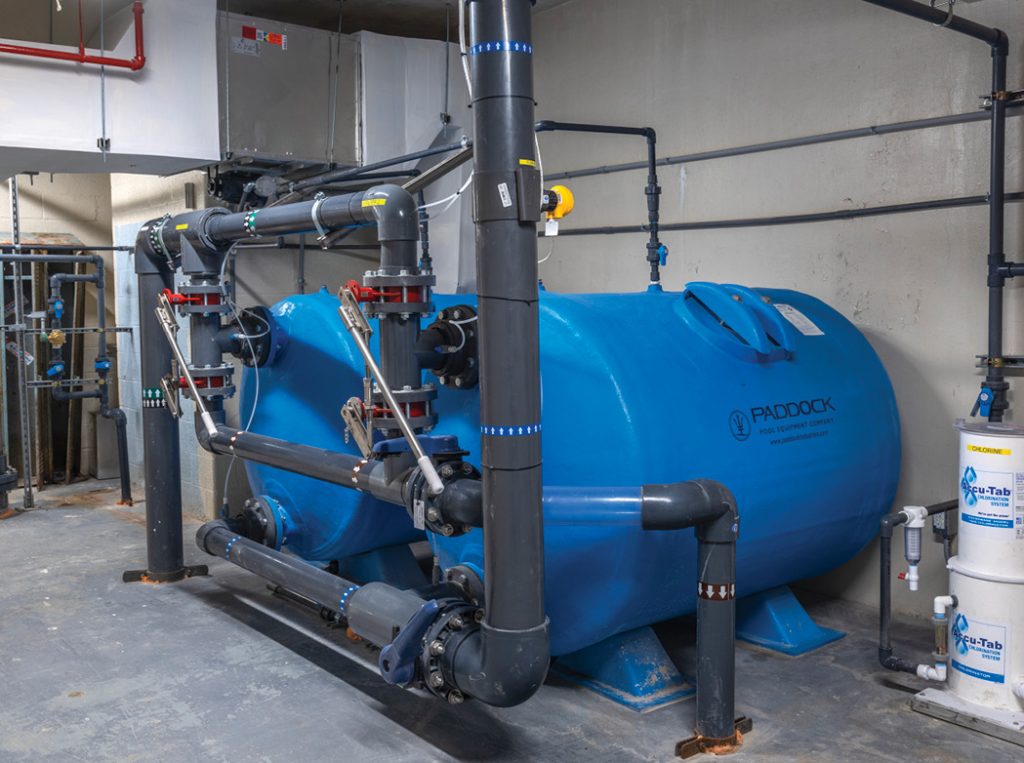