Calvary Evangelical Lutheran Church, including an attached classroom wing, was a multi-phased project spanning over a period of six years.

Phase one of the project began in 2016 and involved interior and exterior improvements and upgrades to the Sanctuary.

Exterior
Over the Chancel, the cedar shake roof shingles were removed and replaced with new cedar shake shingles. Much of the plywood sheathing was replaced due to water damage. This was a particularly challenging task because the roof had a slope of 48:12.

Over the Nave, the asphalt roofing was removed and replaced with a new TPO membrane. The roof system was approximately eight inch thick and was channeled out to incorporate/ conceal electrical conduit serving the Nave below. All new gutters and downspouts were also added.

Another challenging aspect of the project involved hand scraping the exterior cross which was approximately seventy-five feet tall. We had a magnificent view of the surrounding area from the lift at the top of the cross.

Interior
In the Nave, utilizing the new and existing electrical conduits incorporated into the roof system, eight existing chandeliers, made up of three individuals lights each, were upgraded and modified to accommodate new dimmable LED lighting, along with a complete and programmable new sound and A/V system. In the Chancel area, all new spotlights were installed up to the top of the fifty-foot-tall peak. This involved constructing a five-stage scaffold to access the areas.

In the Nave, construction was performed to accommodate wheelchair access throughout the space. Eight pews were removed and modified, and a handicap ramp was constructed in front of a Pulpit to access the Altar. The choir platform was extended and elevated for the existing audio board and new oak cabinetry.

In fall of 2017, the design and preliminary pricing began. Beginning with eleven sub-phases/ alternates, the project was reduced to four parts to meet the constraints of the Church’s budget. Project was completed in winter of 2022.

Part One
In the Church, the central core bathrooms and utility closets were completely gutted on both the upper and lower levels of the area. New bathrooms were constructed, but the focal point was the new electric 2-stop elevator, added to facilitate handicap accessibility between the two floors. A new handicap ramp was also constructed to facilitate handicap access into the Parent’s Room. Finishes included painted drywall ceilings, ceramic tile, VCT flooring, and minimal casework.

Part Two
The Church’s mechanical system was overhauled and upgraded. An inefficient existing boiler and air handler were removed. An extensive amount of ductwork was either removed or abandoned in place. 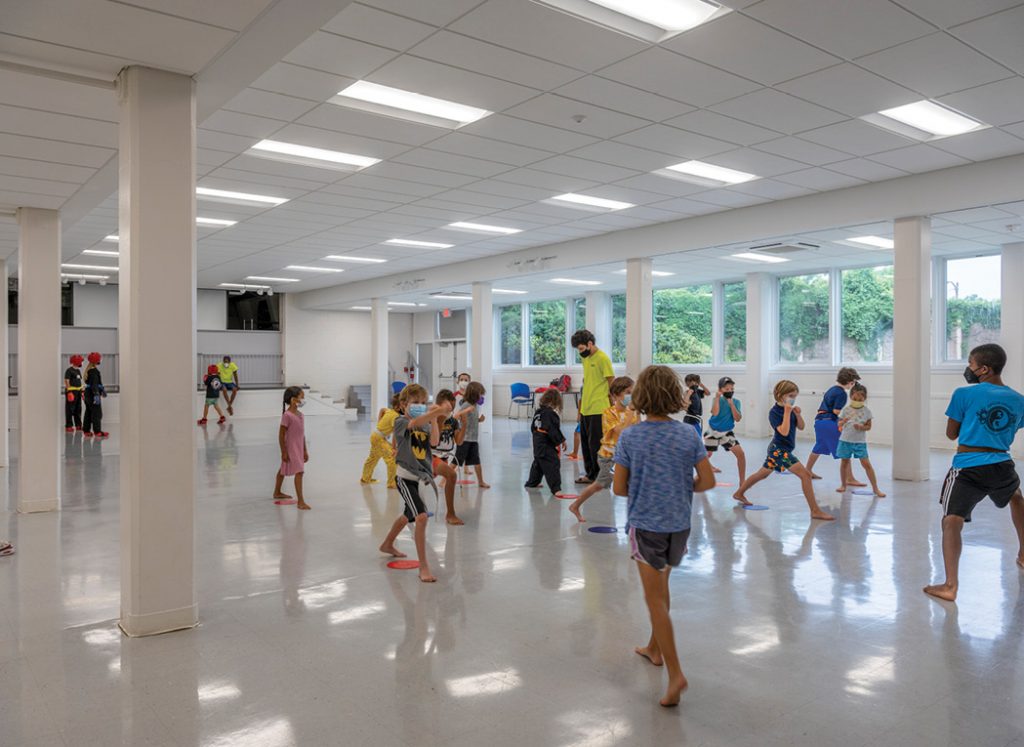 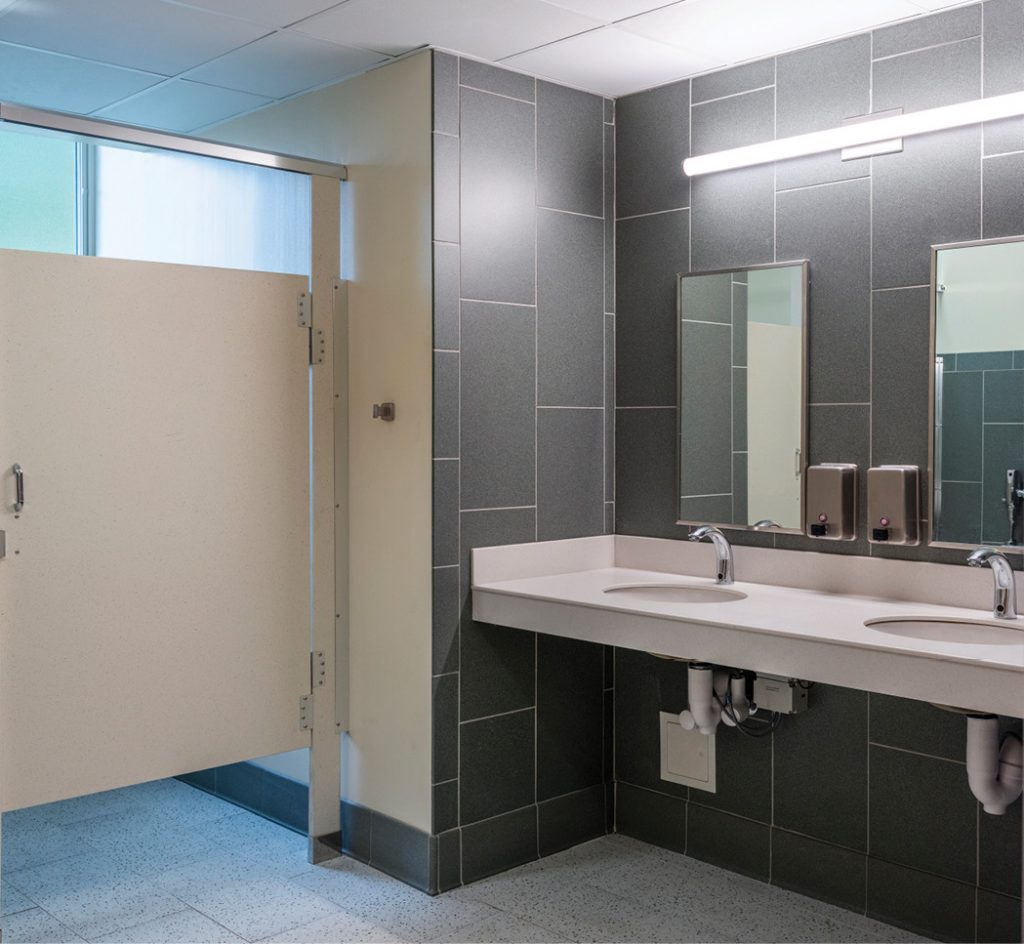 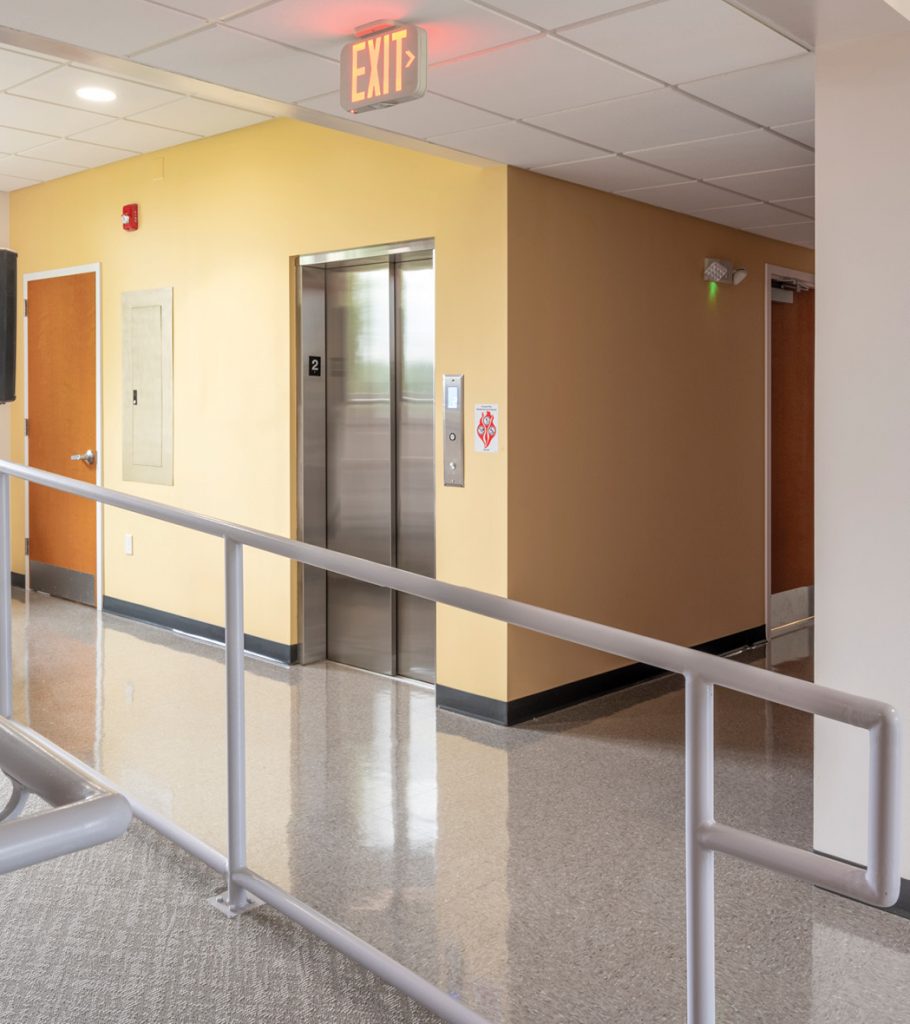 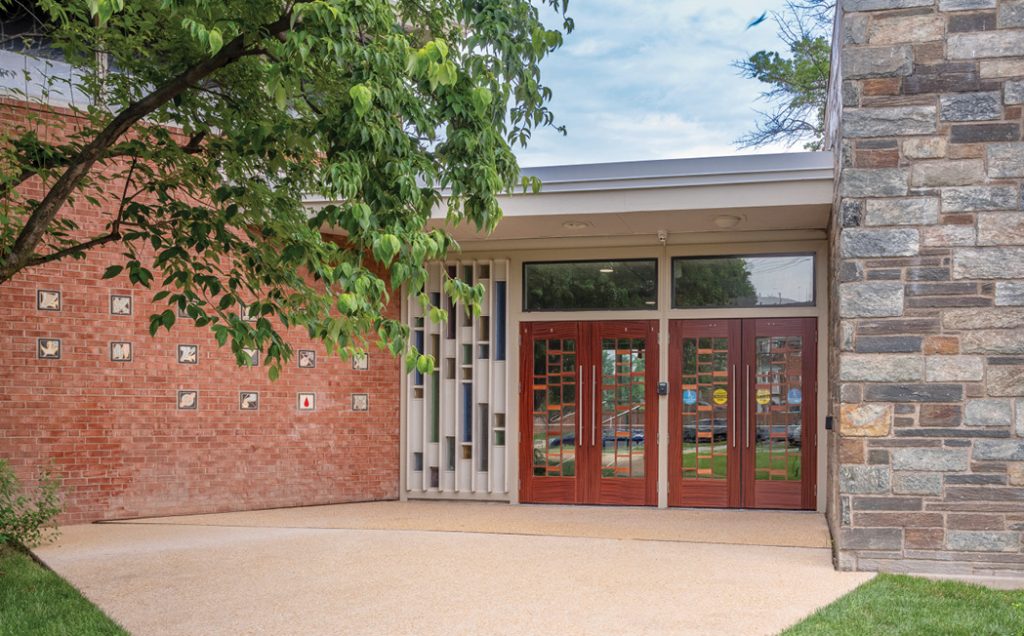