The Sanctuary construction required that the columns supporting the roof be removed. 70-foot-long, 300 #/LF transfer beams and columns had to be installed without the benefit of a crane. The existing beams had to be shored, slotted and the columns removed. The new beams were then lifted into place and welded while held in place by forklifts.
Additional work included the construction of a twelve (12) sided dome on the roof. The Sanctuary ceiling is a series of drywall “rings” which are supported on an elaborate metal framing system. The dome was fabricated on the ground and lifted into place over an opening cut into the roof on the same day. Support steel had previously been erected. Other work involved cutting a 22’ x 44’ hole into the building to create an interior courtyard.

Curved bulkheads were hung to form the outline of two lobbies. A curved vaulted ceiling with hung bulkheads was constructed in the Chapel. In addition, stained glass artwork from another Synagogue was retrofitted by A.R. Marani, Inc. personnel and installed in the Lobby and Chapel. One wall of the Chapel was removed and opened into the courtyard to allow natural light into the Chapel and to provide access to the courtyard. 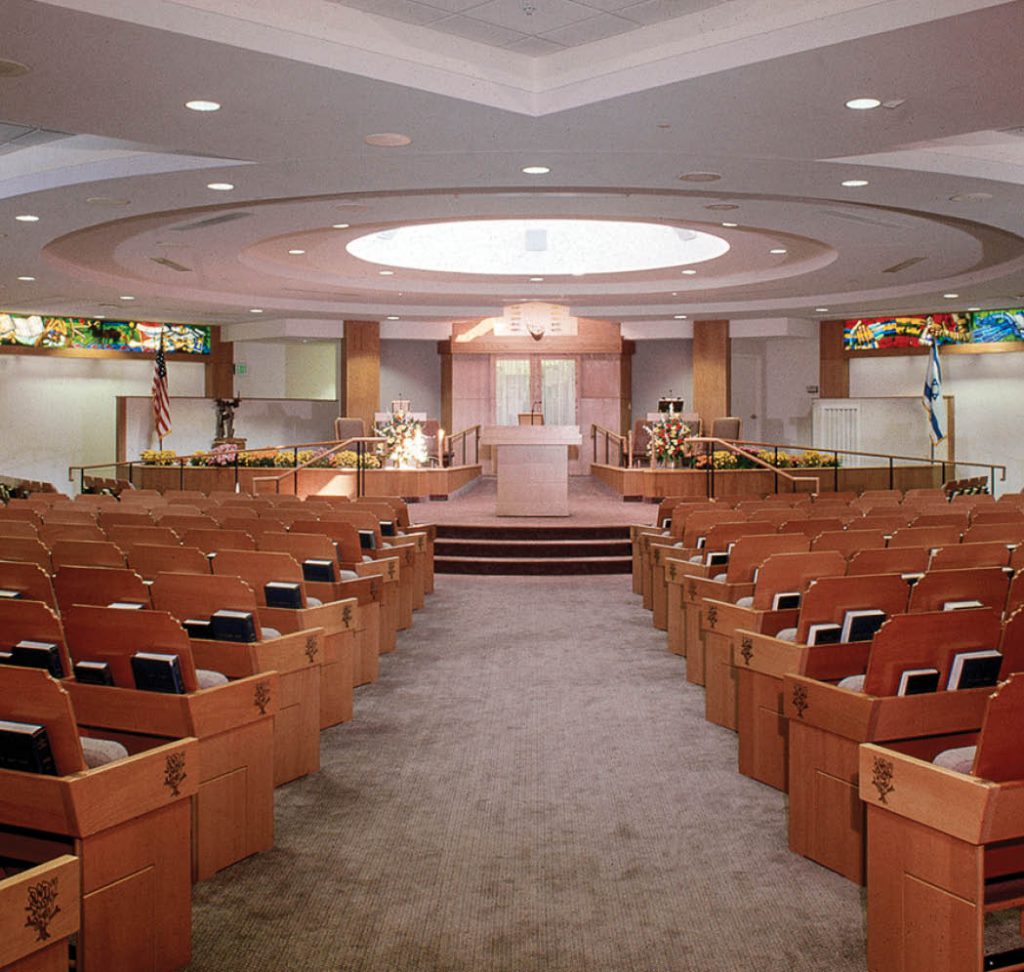